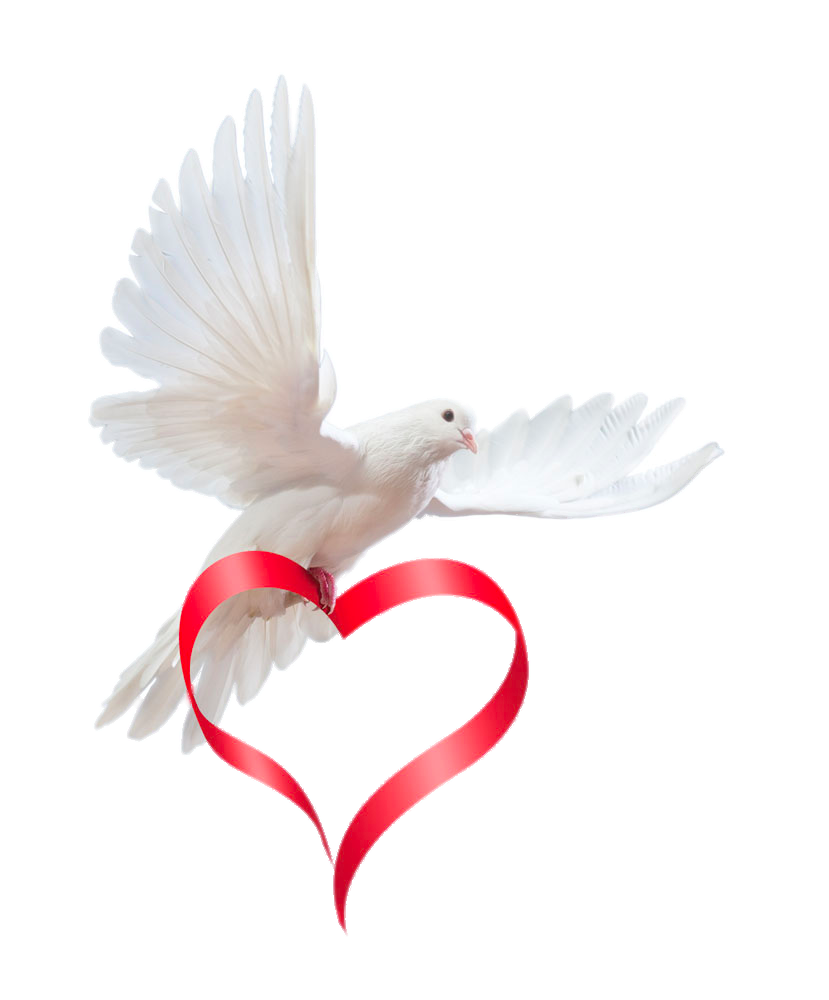 At Eastern Design Conference, we explore this relationship.
Join us on 8 – 9 November 2019 in Košice, Slovakia!

thank you! your submission has been received!
Oops! Something went wrong while submitting the form.

​​Currently the most famous Slovak illustrator, that remains unknown in Slovakia. Martina Pauková is represented by one of the most known illustration agencies in the world—Agent Pekka. Her work has skyrocketed in popularity in the last couple of years. Creating humorous, jam-packed images in a trademark palette and Memphis-inspired patterns have built her an increasingly impressive list of clients like Google, Apple, New Yorker, Cannes Lions, Washington Post and many more.​​
‍
​​Martina comes to Eastern to talk about her journey: from serving coffee at Starbucks to the Mount Everest of the illustration world.

Short and simple, SNASK is your future romance. Fredrik Öst & Erik Kockum are the founders and creative directors of the most famous Swedish studio listed in "Top 50 desired workplaces for creatives" from around the world. SNASK is an internationally renowned creative agency that makes kick-ass branding, design & film. They have their rock band, shower beer and a golden manifesto book written in 72 hours. Their challenging attitude has worked pretty well for clients like Klarna, Target, H&M, Nordea & many others.
Matej is a Slovak graphic designer & art director, currently based in Stockholm. He learned how to use a computer at Milk Design Directors in Bratislava, and since 2016 he's a part of a kick-ass branding studio SNASK. He was in jail(1), was broadcasted at MTV(2) and he's colourblind(3). One of these three things is not true.
‍
Matej, Fredrik & Erik come to Eastern to talk about a journey of a nice guy from Slovakia to the most rock'n'roll agency in the entire world.

In 1999, Peter started Typotheque type foundry and co-founded art & design journal Dot Dot Dot with Stuart Bailey back in 2000. Moving on, Peter founded Works That Work—a magazine of unexpected creativity. Together with Andrej Krátky, he co-founded Fontstand.com, a font rental platform. Peter actively collaborates with a choreographer Lukas Timulak, creating modern dance performances. They have started Make-Move-Think.org together—a foundation for interdisciplinary artistic collaborations. Peter is also teaching at the Type & Media, a postgraduate course at the Royal Academy of Arts, The Hague.

Peter comes to Eastern to talk about his love of unexpected creativity.

Martin is a typographer, book designer, blogger, publicist, and the author of Books and Typography. He designs books for tens of thousands of readers as well as various bizarre marginals for only six people in the world, fairy tales for kids, etiquettes for limited-edition spirits, as well as poetry collections, with which he subsequently harasses his friends or Czech public. He replaces the lack of talent with diligence and not-so-very witty mystifications on social networks.

Martin comes to Eastern to talk about reducing the number of fonts, colours and projects – to have more peace and more time to wait for death.

Anna comes to Eastern to talk about how the local context conditions her work when designing daring products in heavily regulated segments.

This year's Slovak Design Award laureate, design teacher and one of the leading Slovak typographers, Samo Čarnoký, teaches visual communication at Technical University of Košice. As a designer, he focuses on type design, book and editorial design. He significantly helps to spread the awareness of Slovak design internationally as author/co-author of publications about Slovak temporary typography (Fonts SK), and its tradition (NEONa).

Samo comes to Eastern to talk about the strongest generation of Slovak typography so far, and its unexpected connection to graffiti.

Writer, translator and anthropologist investigating the aesthetics of the transformation era in Poland and Central-Eastern Europe. Her writing focuses on vernacular design and engineering, local hauntologies and the anthropology of everyday life. Author of "Duchologia Polska. Rzeczy i ludzie w latach transformacji" (Polish Ghostology. Things and people in the years of transformation), "Czyje jest nasze życie" (Whoselife is ours, co-written with Bartłomiej Dobroczyński), "Wyroby. Pomysłowość wokół nas"(Products. Ingenuity around us), as well as many other essays and articles. Since 2013, she has been running the Duchologia Facebook page, dedicated to the spectres of the late 1980s and early 1990s.

Olga comes to Eastern to talk about the extraordinary heritage of the '80s and 90's popular culture ever-present in our everyday lives.

Founded in 2011 in Kyiv, Red Dot: Agency of the Year 2018. Seven distinctions in this renowned competition alone are proof of the quality of their work. Banda is the most famousfull-serviceUkrainian agency with uniquecreative know-how. Within only eight years, Banda Agency received more than a hundred prizes and worked with renowned clients like Ukraine Now, Comfy, Uber, Puma and the Eurovision Song Contest.

Banda comes to Eastern to talk about specifics of the advertising and design environment in Ukraine.

Matúš has touched nearly everything you've seen in advertising in Slovakia this year (and the last one, too). He has been working as an art director at Wiktor Leo Burnett, Komplot Advertising and MUW Saatchi & Saatchi. Since 2012 he's running his visual studio called Matus Bence – Image Works. His ninja skills in photography, hi-end postproduction, retouch, matte painting, 3D modelling & CGI served very well for clients like O2, Orange, Tatra banka, Raiffeisen Bank, Pilsner Urquell, Šariš, Volkswagen, Eset, Slovnaft and many more. He has been awarded the prestigious Art Directors Club award '’Filip'’ for exceptional creative work in 2015.

Matúš comes to Eastern to talk about how he frequently saves asses of most of the advertising agencies in Slovakia.

Mario is specialised in building user oriented, visually attractive and functional digital solutions. He is responsible for leading and mentoring Digital Design team in Bornfight. His main responsibilities include project planning and executing high-level design and strategy on digital projects of all and types and sizes. For achieving business goals and fulfilling the client expectations his work has been awarded international design awards such as Awwwards, FWA, European Design Award, CSS Design Award.

Mario comes to Eastern to talk about building the most significant digital design studio in Croatia.

Our Saturday early morning with Erik Sikora becoming a tradition seems inevitable. Erik, also known as Džumelec, is an exceptional artist based in our hometown Košice. As a musician, visual artist and a conceptual designing mystifier, he pushes the limits of a lecture. He's known for upcycling ideas from all the areas into songs that work as fillers to slightly embarrassing breaks that keep the talk together. He is this year's finalist of the most prestigious fine arts award in Slovakia - The Oskár Čepan Award.

Erik comes to Eastern to explain & perform the unorthodox approach to create visual & non-visual content that will instantly make your day.

Zuzana is a designer and material researcher from Eastern Slovakia. She studied fashion and textile design in Liberec, Czech Republic and Istanbul, Turkey, only later to be awarded MA in Material Futures from CSM London, UK. For the past 3 years her work has been focused on analysis and development of a new organic material called Malai originating in South India.

Zuzana comes to Eastern to talk about changing the way we perceive raw matter and how creativity can bring the concepts of sustainability into life.

Martin Jenča aka Mr Žltý aka Chuck Norris of Slovak design is a designer, co-founder of branding studio Milk, co-founder of communication agency Folk, editor in chief of Backstage Talks magazine and co-founder and curator of By Design Conference. Besides that, he's one of the most significant designers in Slovakia who stands behind iconic visuals of Pohoda Festival, visual identity for channels of RTVS, and communication strategy of Stará Tržnica.

Žltý comes to Eastern to talk about merging two companies that bring design and content together.

Jan Meisner was born in 1939 in Bratislava to Czech parents. After graduating from the VŠUMPRUM in Prague at professor Strnadel, he has worked as an artist on his own. In 1996 he moved to Zlín, Czech Republic. He took part in establishing Tomáš Baťa University and has worked there as a teacher until 2018. Today Mr Meisner enjoys his retirement in Zlín.

Mr Meisner comes to Eastern to take us all closer to the legacy of Czechoslovakian design.

Felix Pfäffli and Raphael Leutenegger are an independent design studio based in Lucerne, Switzerland that creates visual concepts. They work internationally with clients like Nike, Google, Hermès or The New York Times as well as more locally with institutions like Wanderlust or the Nuits Sonores Festival in France, Lucerne University of Applied Sciences and Arts, Südpol or the Luzerner Theater.

more speakers to be announced soon!